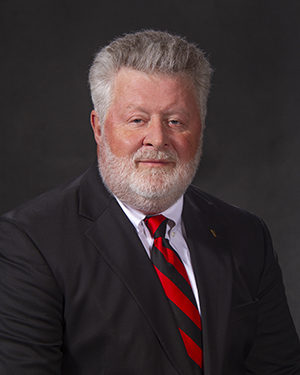 Dr. Reed Mosher, Director of ISER
The U.S. Army Engineering Research and Development Center (ERDC) inducts Reed Mosher, Director of ISER at Mississippi State University, into the Waterways Experiment Station (WES) Gallery of Distinguished Civilian Employees. Mosher joins the ranks of more than 100 former employees whose significant career achievements left a lasting impression on both ERDC and the nation. Mosher served as a director of laboratories at the ERDC, pioneered technologies that proved to be lifesaving for American Soldiers; and left behind a remarkable legacy when he retired from federal service.

Each year, the ERDC inducts new members into the gallery, the highest honor bestowed to those who have worked at WES in Vicksburg.
Mosher, who spent 40 years as a federal employee, retired as director of the Information Technology Laboratory (ITL) in 2018. Under his leadership, the lab’s staff grew by 108 percent, becoming the second largest ERDC laboratory. He also oversaw the construction of a 66,000 square-foot expansion to the laboratory, and his vision for a new secure computing facility is currently under construction and scheduled for completion later this year.

Before his ITL role, Mosher served as the lead technical director for military engineering in the Geotechnical and Structures Laboratory, where he also was directly involved with assessments after some of the world’s most notorious attacks and bombings, including the Oklahoma City in 1995, the U.S. Embassies in Africa in 1998 and the September 11, 2001 attack on the Pentagon. He was instrumental in developing new technologies designed to protect soldiers in Iraq and Afghanistan from rockets, mortars and other explosives.

Even after retirement, Mosher is still involved with the ERDC as the director of the Mississippi State University Institute for Systems Engineering Research, a partnership initiative with the ERDC.