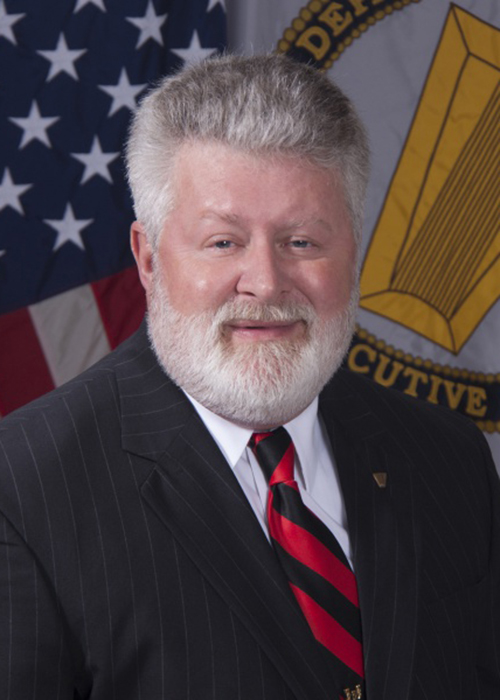 Reed Mosher, director emeritus of ERDC’s Information Technology Laboratory and most recently a research data scientist at Jackson State University, is the new director of ISER, housed in Vicksburg at ERDC. Mosher spent 40 years at ERDC before retiring in 2018.

“Dr. Mosher brings a wealth of experience and connections to this role,” said MSU Interim Vice President for Research and Economic Development Julie Jordan. “MSU has a long history of successful collaborations with ERDC, and ISER has provided even more opportunities for projects that benefit the U.S. military, MSU and the state of Mississippi. ISER is truly a unique asset for our state, and I look forward to seeing it continue to thrive under Dr. Mosher’s leadership.”

ISER works to mitigate risk, reduce cost and improve efficiency in Department of Defense acquisition programs, serves as an additional asset for the state’s industrial base for systems engineering related tasks, and creates an environment that draws DoD and civilian industry development to Mississippi.

A Maine native, Mosher earned his master’s degree from Mississippi State and his doctorate from Virginia Tech, both in civil engineering. He spent 15 years working in ERDC’s Geotechnical and Structures Lab, including four years as the lab’s lead technical director for military engineering. From 2008-2018, he served as director of ERDC’s Information Technology Lab and as a member of the U.S. Army’s Senior Executive Service.

Mosher was a part of teams that investigated terrorist attacks such as the Oklahoma City bombing, the 9-11 attack on the Pentagon, the Khobar Towers bombing in Saudi Arabia, and attacks on U.S. embassies in West Africa. He received the Department of Defense Distinguished Civilian Service Award, the highest award given by the Secretary of Defense to a civilian career employee, and the Army Engineer Association’s Bronze de Fleury Medal, for his leadership in research that has led to the development of innovative technologies for force protection of U.S. military and civilian personnel worldwide from terrorist bombings and conventional weapons.

Mosher said he looks forward to seeing ISER take advantage of opportunities in emerging research areas such as artificial intelligence, augmented reality, and virtual reality, in addition to the institute's work supporting Mississippi manufacturers. He also is excited about the unique opportunities afforded by ISER’s connection to MSU and ERDC.

“We want to get students at MSU connected to internships and other opportunities in Vicksburg, which gives them exposure to everything going on at ERDC,” Mosher said. “The thing I think I will enjoy the most is working with the university professors to figure out what can be done and how we can make an impact. You often have people from five different departments working together on a problem that no single department could do on its own, but they all work together to solve it. Being a catalyst for that is really exciting.”

For more on the Institute for Systems Engineering Research, visit www.iser.msstate.edu.