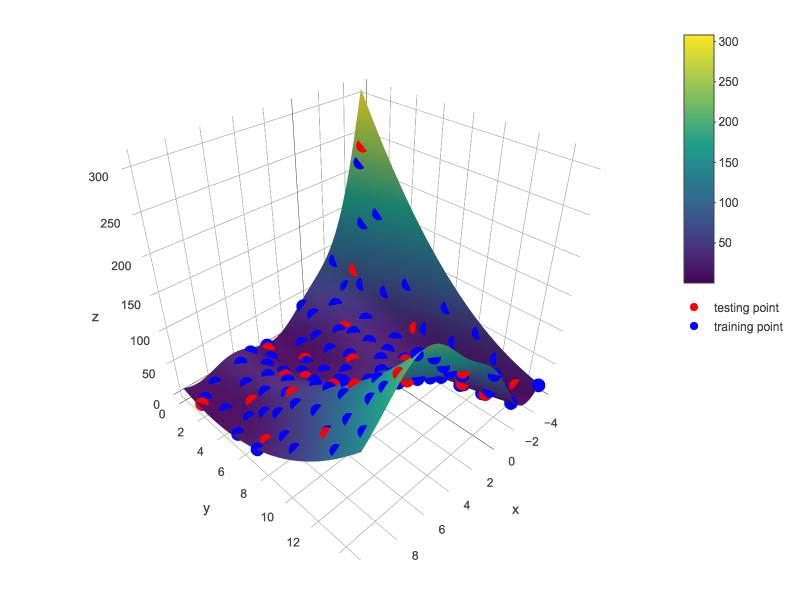 “ERDC has excellent HPC capabilities that can be used to collect data with high-fidelity simulations, but they have identified a need for surrogates of these high-fidelity models,” Jonathan Storey, an ISER research engineer explained. “Specifically, this can be seen in two aspects: First, surrogate models are needed to explore large trade spaces which will help decision-makers in selecting better designs through set-based design. Second, surrogate models are needed so that ERDC can provide usable models back to customers instead of requiring that the models reside on an HPC because of their computational expense.”

Equipped with the capacious processors, nodes, and disk storage to perform complex simulations on large data sets, HPCs are exceedingly more expensive than their desktop and laptop counterparts. In addition to the costs to procure and maintain HPCs, the duration of its simulations must also be considered. Many simulations can take days, weeks or even months to complete, which is not ideal for meeting customer demands. As researchers continuously strive to improve the fidelity of surrogate models, there are many advantages of sacrificing some of the response-prediction accuracies for reduced computational time.

Storey also detailed that large data sets add greater complexity to constructing the surrogate models. However, he advises that there are ways to take on that issue.

“All of the surrogate modeling techniques that we are working with are well established for smaller datasets, but it can be a challenge to apply these techniques to data that contains billions of observations. That’s where the HPC resources at MSU are so critical. MSU’s supercomputing resources will allow us to construct not only larger individual models, but also hundreds of smaller models that can be combined using ensemble learning.”

A team of engineers, mathematicians and computational scientists collaborate to build the algorithms and methodology required for this project. When describing his overarching goal with his surrogate modeling research, Storey said he endeavors to, “…help decision makers make better design decisions by providing them with a more complete picture of the trade space. To be more specific, to develop a toolset that enables analysts to construct surrogate models using a variety of techniques easily, analyze the models for accuracy, and easily make predictions using the models.”